Germany is holding federal elections at the end of September. The uncertain outcome of the elections as well as the potential impact of other events on the Eurozone political calendar may lead to an increase in business failures in Germany.

German suppliers are some of the least likely of the suppliers surveyed in Western Europe to offer credit terms to B2B customers. This aversion to selling on credit is even more pronounced when selling to foreign buyers. 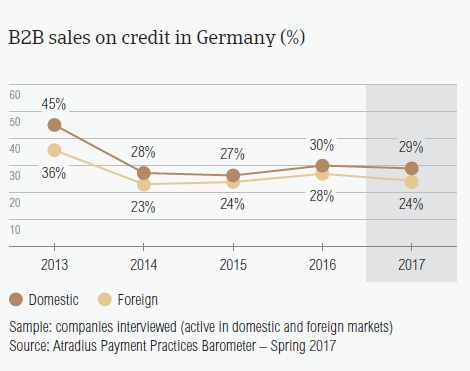 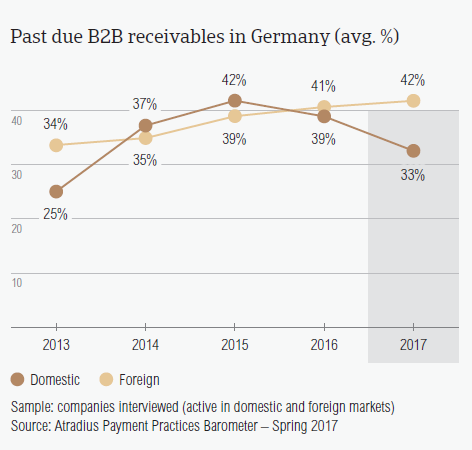 Average payment terms in Germany are some of the shortest in the region despite the two day increase observed in our 2017 survey. The average payment delay of B2B domestic and foreign customers of respondents in Germany increased compared to last year. 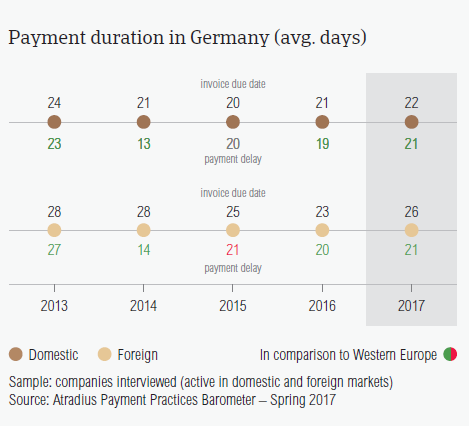 Like in other Western European countries, liquidity issues of the customer is the main reason reported by German respondents for late payment of invoices. There was however a decrease in the percentages of respondents who reported this reason. 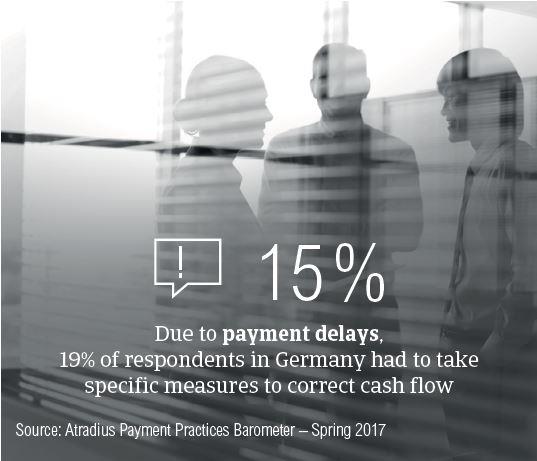 More respondents in Germany (22.9%) than in Western Europe (18.0%) said they will take more action to protect themselves against the potential impact of Brexit, the slowdown in Asia and the effects of US protectionism. 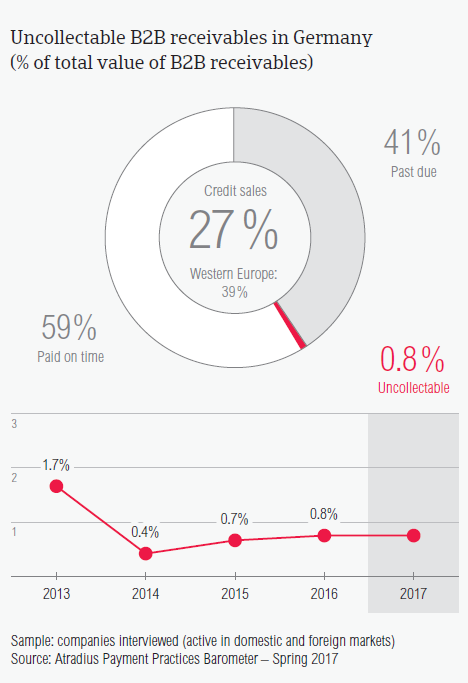 Almost three times as many respondents in Germany expect a deterioration (27%) than an improvement (9%) in the payment behaviour of their B2B customers over the next 12 months. 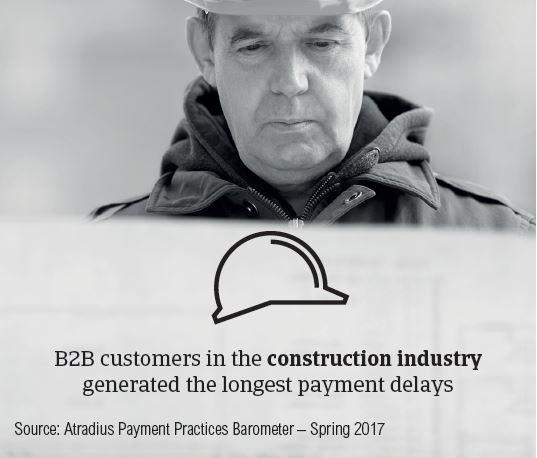 Despite continued growth during the last ten years and a benign outlook the level of building activity seen in the 1990s has not been reached again.